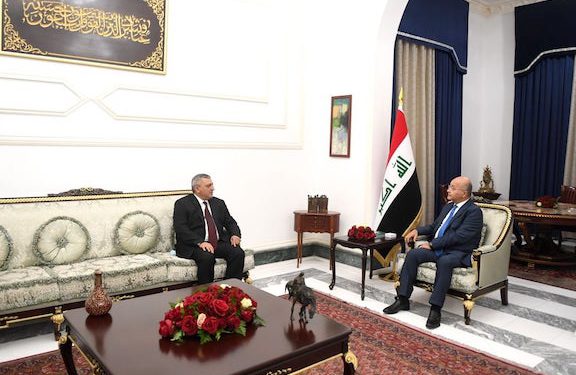 During the meeting, Saleh thanked Poladyan for his effective approach to develop relations between Armenia and Iraq, and emphasized the need to expand Armenia’s diplomatic presence in Iraq, which will benefit the advancement of economic and cultural programs and initiatives.

Poladyan thanked Saleh for his personal, as well as the Iraqi government’s general support for various program and activities of Armenia’s Embassy in Iraq.

Hussein praised Poladyan for opening consulates in different cities in Iraq, as well as the opening of the Armenian Cultural Center in the country, highlighting the productive relations between official Baghdad and the Armenian Embassy.

“Armenians in Iraq are greatly appreciated and are always in safe hands,” said Hussein.