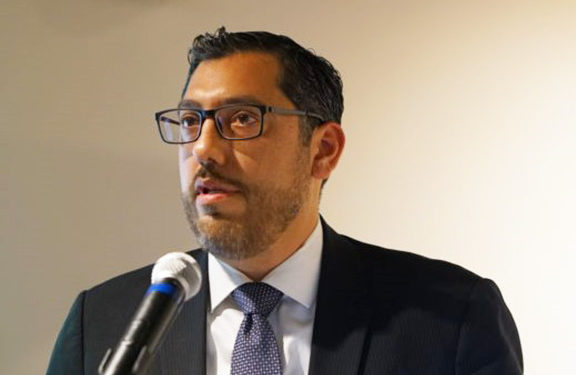 International lawyer Karnig Kerkonian will share his experiences through a presentation titled “Armenia v. Azerbaijan in the International Court of Justice: The Recent Case Brought Under the International Convention Against All Forms of Racial Discrimination.” The presentation, which will be held on Thursday, February 17 at 7 p.m., is part of the Spring 2022 Lecture Series of California State University of Fresno’s Armenian Studies Program and is co-sponsored by the Society for Armenian Studies.

On September 16, 2021, the International Court of Justice announced that Armenia had started court proceedings against Azerbaijan. Armenia accused Azerbaijan of racial discrimination in violation of the International Convention on the Elimination of All Forms of Racial Discrimination (ICERD). The lawsuit followed the 44-day war fought between the two states last year. Armenia accuses Azerbaijan of discriminating against ethnic Armenians. It asserts that “Anti-Armenian hate is [Azerbaijani] State policy” and has led to “mass killings, torture and other abuse” of ethnic Armenians. In its court application, Armenia recorded the violent persecution of Armenians throughout the 20th century.

International lawyer Karnig Kerkonian, who is a member of the Armenian delegation to the ICJ in the case against Azerbaijan, will discuss the ramifications of the case.

Register for the Zoom presentation here.