L.A. Art to be Explored in Panel and Reception at Armenian Museum of America 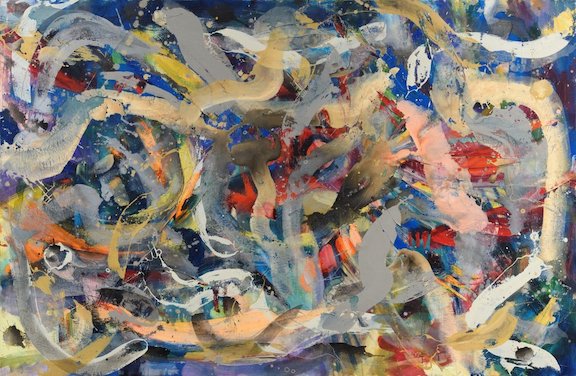 WATERTOWN, Mass.—Following a successful opening of “On the Edge: Los Angeles Art 1970s-1990s from the Joan and Jack Quinn Family Collection,” the Armenian Museum of America announced a panel discussion with three prominent artists in the exhibition.

The Museum is hosting a conversation with Laddie John Dill, Gregory Wiley Edwards, and Joe Fay moderated by Bolton Colburn on Saturday, October 29. The panel begins at 2:00 p.m. and will be followed by a gallery reception at 3:30 p.m. The collectors Joan Agajanian Quinn and her daughter Amanda Quinn Olivar will also be present.

“Our new contemporary show has excited visitors and art critics in Boston so we are pleased to offer this program to the public,” noted Executive Director Jason Sohigian. WBUR called the show one of the top five things to do in Boston and it was reviewed by Pulitzer Prize-winning writer Mark Feeney in the Boston Globe. WGBH Arts Editor Jared Bowen has featured the exhibit on NPR’s Morning Edition, Boston Public Radio, and Open Studio.

“On the Edge” was curated by Rachel McCullah Wainwright. “The work and artists on display represent a period of history that transformed art making,” states Wainwright. “Art made in Los Angeles during the late 1960s and 1970s onward is defined by a unique spirit of anti-conformity, a play of new materials, a celebration of light, and the California cool ethos.”

The panelists have several works in the exhibition. Laddie John Dill’s neon “portrait” of collector and muse Joan Agajanian Quinn sits on a narrow wall in the center of the large gallery. Dill gained notoriety with materials such as glass, metal, neon, and cement, and his work embodies gesture and dynamic physical presence through its use of industrial materials.

Gregory Wiley Edwards’ large abstract expressionist canvas “Expanded Resonance” captures your attention immediately upon entering in the Adele and Haig Der Manuelian Galleries. His style is influenced by performance, activism, and his investigations into African art and philosophy.

Joe Fay has two pieces in the current exhibition including a colorful portrait of Joan Quinn. Inspired by the natural world, Fay gleaned a philosophy of experimentation that motivates his practice.

The exhibition and this panel discussion are presented by the JHM Foundation. The suggested donation to attend is $15, and it is free for students and members of the Armenian Museum.

The Armenian Museum of America’s galleries are open Thursday through Sunday from 12:00 to 6:00 p.m. and it is located at 65 Main Street, Watertown, MA. To RSVP for the October 29 event, please visit the website.