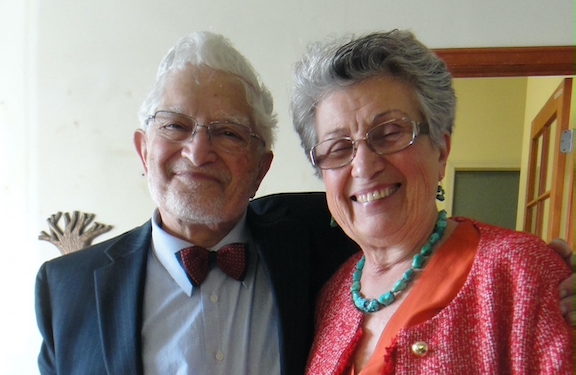 GLENDALE—The Lark Musical Society announced a new initiative aimed at giving the institution a financial foundation to propel it well into the future. Through the incredibly generous donation of $280,000 made by Onnik and Kristine Keshishian, Lark announced Wednesday that it will establish its very first endowment fund.

“We will remain forever grateful to them, who have long been supporters of the Lark Musical Society,” said Andy Torosyan, the chairman of Lark’s Board of Directors in a statement.

“From its inception they have stood behind Lark, recognizing its value in the cultural life of Los Angeles and championing its activities throughout the years. In their quiet, unassuming manner they established themselves early on as patrons of Lark, sharing its love for classical music and its mission to preserve and propagate Armenian culture. In addition to the annual contributions they have made for close to three decades, they have surprised us with this unsolicited and magnanimous donation,” added Torosyan.

The Keshishians are rarely missing from a Lark event, and are deeply beloved and respected members of the community. They have not only engaged as audience members and financial angels, but have also thrown themselves headlong into the mission of Lark. As educators who have taught in various universities and opened and actively run Armenian schools in California, they have enthusiastically encouraged Lark’s educational activities. They are ardent backers of Lark’s various lecture series. Onnik Keshishian has been a director of Lark’s Armenological studies. There he established a program for young college students and adult participants wishing to delve deeper into the history, cultural legacy, and spiritual journey of the Armenian people.

“We at Lark recognize the significance of this gesture—a clear affirmation to continue the work we began three decades ago. To honor their contributions and turn this gift into a lasting legacy to be called ‘The Kevork and Eugénie Keshishian Endowment Fund,’ a first step in ensuring our continued financial viability,” announced Torosyan.

The organization also announced that the concert hall of the new Lark Cultural Center will be named Kevork and Eugénie Keshishian Hall, after Onnik Keshishian’s parents who themselves were significant and generous contributors to the Armenian communities of Jerusalem, Beirut, and Los Angeles.

“We wish to publicly thank Onnik and Kristine for their foresight and devotion to Armenian cultural life in the Diaspora. Their donation has already been a call-to-arms for others, who have pledged further sums to be added to the Kevord and Eugénie Keshishian Endowment Fund, all of which helps us plan for a brighter, more sure-footed future,” said Torosyan.

Pashinyan Cops to Ordering Troop Withdrawal from Syunik in December