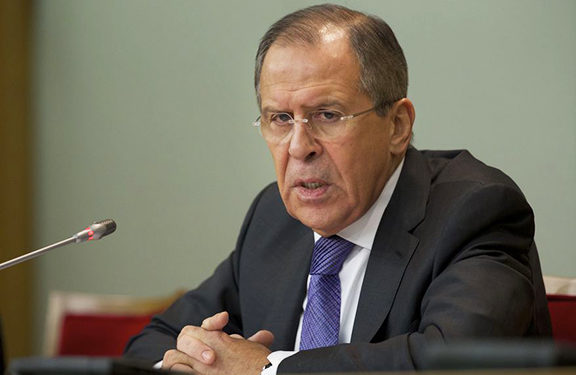 “The West announced that it will not cooperate with Russia in any format. With that, they announced the end of the effort of the OSCE Minsk Group,” Lavrov told a press briefing on Thursday.

“The Minsk Group was created to unite those countries which have an influence in the region, which can send signals to both Yerevan and Baku and which had agreed to work under the chairmanship of Russia and the United States. At some later stage France also became a co-chair of the OSCE Minsk Group. Since then the co-chairs have carried out a very useful task, have met with the leaders of Armenia and Azerbaijan both separately and also held joint meetings,” the Russian Foreign Minister said.

Among the meetings cited by Lavrov was the one in Madrid during which the so-called “Madrid principles” were proposed. Lavrov also highlighted Russia’s leading as an OSCE Minsk Group Co-Chair, stating that from 2008 to 2011 Russia held around 10 trilateral meetings with Armenian and Azerbaijani leaders, which were also attended by the representatives of US and France as a co-chairs.

“After the 44-Day War in September-October 2020, when a ceasefire was established through our mediation efforts, Russia continued and continues helping the Armenian and Azerbaijani sides in the unblocking of transportation and economic communications in that region, which will, of course, contribute not only to the development of Armenia and Azerbaijan, but also benefit other neighboring countries – Turkey, Iran and Georgia. Russia is also interested in that,” explained Lavrov.

He emphasized that through negotiations spearheaded by Russia and including the leaders of Armenia and Azerbaijan, agreements were reached to address the aforementioned concerns. However, Lavrov accused Western nation of intervening in mediation efforts and accused them of attempting to usurp agreements that were reached due to Moscow’s leadership.

“In line with this we have witnessed the frantic attempts by other players to get involved in these processes. We have no problem with that. The only thing we have said during the contacts with Yerevan and Baku is that the West, after the launch of the special military operations [in Ukraine], announced through Washington and Paris, that it will not cooperate with Russia in any way and in any format. With that, they announced the end of the activities of the OSCE Minsk Group,” said Lavrov.

“Now the French, the Americans and the European Union, in general, are trying to compensate for “boring” the Minsk Group by getting involved in the mediation efforts. They are trying to take over and seize the agreements which the sides have reached with Russia’s participation,” Lavrov said.

He added that Brussels is hosting talks for the delimitation commissions between Armenia and Azerbaijan, but stated that Brussels does not have the maps of post-Soviet countries, as “they exist only in the general staff of Russia.”

“Concerning the peace treaty. They went to Prague for the forum of the European Political Community, signed a document there according to which the delimitation and the peace treaty must be based on the UN Charter and the border established by the Alma-Ata Declaration of December 1991. And according to the Alma-Ata Declaration, all the soviet republics form the Commonwealth of Independent States and confirm the borders that existed between the Soviet republics are fixed,” Lavrov said.