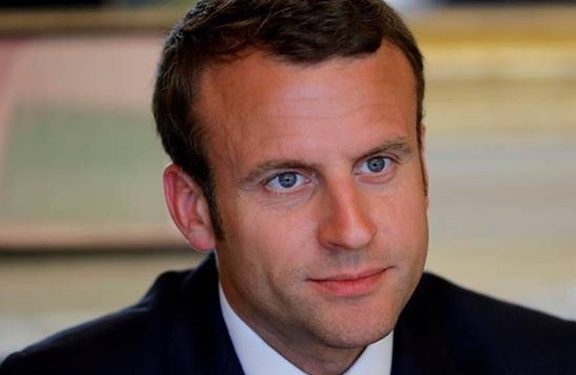 President Emanuel Macron of France stressed the need for the immediate withdrawal of the Azerbaijani armed forces from the sovereign territory of Armenia during a telephone conversation on Thursday with Prime Minister Nikol Pashinyan.

Macron called Pashinyan to discuss steps to resolve the alarming developments caused by Azerbaijan, whose forces breached the Armenian border and in the Syunik Province, Pashinyan’s press office told Armenpress.

Macron expressed his support to the Armenian authorities and the Armenian people in a peaceful settlement of the issue. He also “reaffirmed France’s commitment to the territorial integrity of the Republic of Armenia,” according to a statement issued by the Élysée Palace. Macron added that France is ready to “contribute to the solution of the challenges facing Armenia, the development and progress of our country.”

The French leader also said that situation may be resolved through the United Nations Security Council.

On Wednesday morning the Azerbaijani armed forces breached Armenia’s state border in the territory of Sev Lidj (Black Lake) in the Syunik province and advanced up to 3.5 kilometers, in an effort to surround the lake.

Following his conversation with Pashinyan, Macron took to Facebook to directly express France’s support for Armenia in the Armenian language.French President Emanuel Macron made a post in Armenian on his Facebook page after a telephone conversation with caretaker Prime Minister of Armenia Nikol Pashinyan.

“The Azerbaijani armed forces have encroached on Armenia’s territories. They must immediately withdraw. I once again tell the Armenian people – France stands with Armenia and will continue doing so,’’ Macron said in his Facebook post.