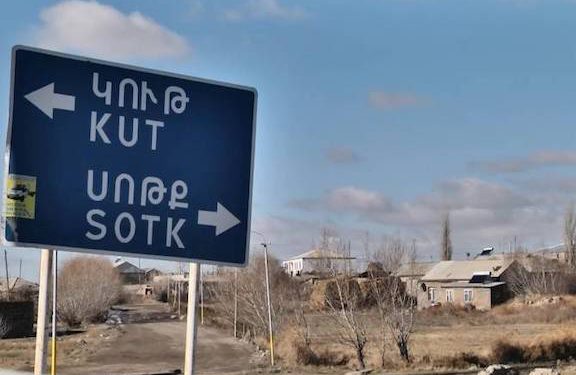 Azerbaijani forces opened fire at the Sotk gold mine in Armenia’s Gegharkunik Province on Saturday, injuring a worker at the operation.

Ruzanna Grigoryan, a representative of the GeoProMining company, which operates the mine told Armenpress that the shootings began on Friday evening and intensified by midday Saturday.

“The victim is the drill operator. He is hospitalized and is in a stable condition. The man was wounded in his left arm, near the heart, but fortunately did not suffer internal injuries,” Grigoryan said.

The shooting forced the mine to halt its operations.

“On May 7, around 1:50 p.m. local time, Azerbaijani military units opened fire from various caliber small arms at the Armenian military positions deployed in the eastern direction of the Armenian-Azerbaijani border, as well as in the direction of the Sotk gold mine, which resulted in one of the workers of the mine sustaining a gunshot wound. His life is not in danger. The Azerbaijani military shooting was suppressed by countermeasures,” Armenia’s Defense Ministry said.

Asked about the incident at the Sotk mine, Russia’s Ambassador to Armenia Sergey Kopirkin said on Monday that Azerbaijan and Armenia should refrain from any steps that could aggravate the situation and create the threat of escalation.

“Of course, we are interested in the mine operating normally, without interruptions. It is also very important for Armenia from a social point of view,” Kopirkin told reporters.