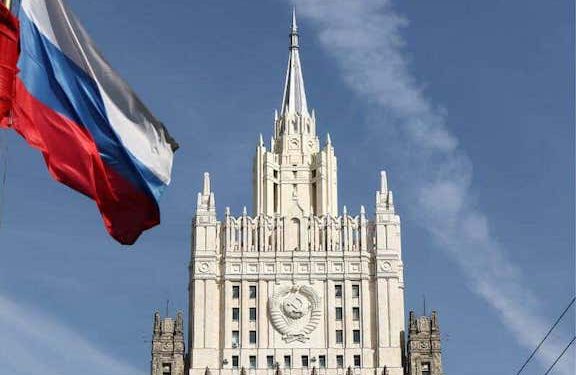 Simonyan was quoted as making the claim in a recent interview with several Russian journalists. He responded to one of those journalists who accused the Armenian government of “surrendering” Karabakh to Azerbaijan with the aim of ending Armenia’s alliance with Russia.

“For its part, the Armenian society is … of the opinion that Russia surrendered Karabakh,” Simonyan said in comments publicized by Russian media last week. “In anybody [in Armenia] wanted to surrender anything, there were several variants of doing that, including the Lavrov plan.”

The Armenian speaker, who is a key political ally of Prime Minister Nikol Pashinyan, referred to a peace plan that was drafted by U.S., Russian and French mediators and reportedly promoted by Russian Foreign Minister Sergei Lavrov.

The plan was based on the so-called Madrid Principles of a Karabakh settlement, which were first put forward by the three co-chairs of the OSCE Minsk Group in 2007.

A spokesperson for the Russian Foreign Ministry scoffed at the claim attributed to Simonyan.
“It is difficult to comment on something that exists not in reality but in the imagination,” the unnamed official told the state-run RIA Novosti news agency.

“It is deeply regrettable that some Armenian politicians not only do not refute absurd ‘thoughts’ about Russia’s ‘surrender’ of Nagorno-Karabakh, which does not belong to, but, in fact, agree with such baseless judgments,” said the official.

The official argued that the peace plan stipulated that Karabakh’s internationally recognized status would be determined through a future referendum and envisaged firm security guarantees for the territory’s predominantly Armenian population.

“Once again compare those proposals of the co-chairs with the current situation and draw conclusions,” the Russian official added, clearly alluding to sweeping Armenian territorial losses suffered as a result of the six-week war with Azerbaijan stopped by a Russian-brokered ceasefire in November 2020.

A spokesman for the Armenian parliament refused to comment on the criticism.

Pashinyan likewise repeatedly criticized the mediators’ peace proposals during and after the disastrous war. In a January 2021 article, he claimed that their most recent version amounted to a proposed “surrender of lands” to Azerbaijan “in return for nothing.”

The then Russian co-chair of the Minsk Group, Igor Popov, bluntly denied that in written comments posted on the Russian Foreign Ministry’s website. Popov said Yerevan and Baku intensively negotiated on the proposed peace formula until Pashinyan’s government “came up with new approaches” in 2018.