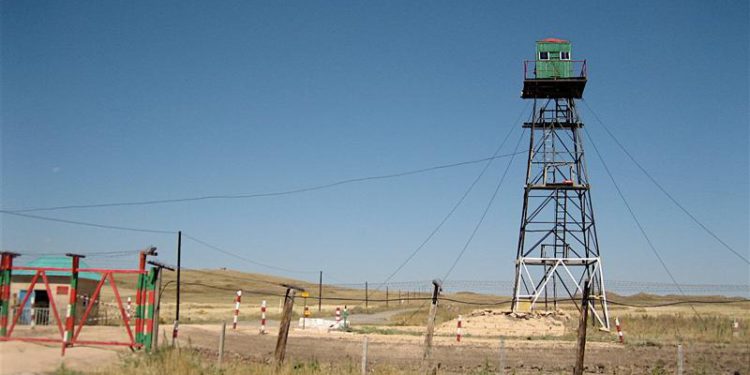 Prime Minister Nikol Pashinyan on Friday said unreasonable optimism should not be expressed over discussions and negotiations with Turkey and Azerbaijan, pledging Yerevan’s commitment to advance relations between Armenia’s neighbors.

“We are ready to pursue that path,” said Pashinyan during an online press conference on Friday night local time, when he responded to questions from reporters and representatives of non-governmental organizations. He said Yerevan’s participation in talks is meant to “create a basis for optimism.”

Pashinyan said that a first meeting has not been scheduled yet. He expressed hope that the meeting will be scheduled as soon as possible. “A rather long process is expected, and one should not have exaggerated expectations from one or two meetings in order to record a concrete result,” said Pashinyan.

President Recep Tayyip Erdogan on Turkey has voiced preconditions for normalizing relations with Yerevan, among them calling on Armenia to recognize Azerbaijan’s territorial integrity that includes Artsakh, and more recently pressing for the creation of the so-called “Zangezur Corridor,” a plan advanced by Azerbaijan’s president Ilham Aliyev who seeks to create a route connecting Azerbaijan proper with Nakhichevan and Turkey through Armenia.

As for relations with Turkey, he said, if building roads and opening transit routes will have greater regional significance, then the matter will be placed on Armenia’s agenda. “One of the issues, for example, might be the opening of the Armenian-Turkish border and the railway,” Pashinyan said, signaling his approval for opening air traffic between Turkey and Armenia—a point made last week by Turkey’s Foreign Minister Mevlut Cavusoglu.

“Our expectation is the normalization of relations [with Turkey], but we must understand that we are dealing with a complex problem, which has many nuances and sensitivities. There is a lot of emotional approaches to the issue in the Republic of Armenia,” said Pashinyan.

The prime minister explained that Armenia has always said that it is ready to normalize relations with Turkey without preconditions, which means, he said, that the recognition of the Armenian Genocide has never been a precondition for normalization of relations with Turkey and opening of borders. He added that the Armenian government has clearly stated its position on the issue of international recognition of the Genocide.

Pashinyan clarified that there is no agreement about a meeting with Erdogan. However, he said, if the negotiations between the envoys is successful “a high-level meeting can take place.”

On the issue of relations with Azerbaijan, Pashinyan said that Armenia is interested in negotiating a peace treaty, adding that such a document would be contingent of the comprehensive settlement of the Karabakh, which he explained the OSCE Minsk Group co-chairs have proposed.

Saying that Armenia is open to talked and has not refused to negotiate, Pashinyan said this approach stems from his government’s plan for ushering in an era of peaceful development in the region.

“If we manage to formulate a model of peace that will be beneficial to both Armenia and Azerbaijan, then perhaps the negotiation process will have less conflict or opposition, and create an opportunity for understanding the other side’s point of view, come to some acceptable provisions from those points of view and to form some type of a new scheme,” said Pashinyan, adding that his talks with Aliyev in Sochi and Brussels focused on that approach.

According to Pashinyan, after Sochi, however, events took place that seriously called into question that conversation. Fortunately, no such events have taken place following the Brussels meeting.

Since the Brussels talks last week, the issue of opening the railway has been brought up by Armenian officials as part of a larger discussion of opening transit links with Azerbaijan. Pashinyan said on Friday that Armenia will never agree to provide a road to Azerbaijan without customs duty or inspections.

“Before the Brussels meeting, I had already outlined the red lines for the Armenian side on my Facebook page, according to which we do not accept any corridor-related proposal, and what we talked about and agreed to regarding the railway in Brussels, was a summation of the Sochi talks and what we registered there is that customs and border control will operate from both sides, which is acceptable for us, is acceptable for Azerbaijan and we agreed to launch the construction of the railway,” explained Pashinyan.

However, following the talks in Sochi, Aliyev demanded that his proposed “Zangezur Corridor” have the same status as the Lachin Corridor currently has.

Pashinyan explained that during his talks with Aliyev in Brussels he saw opportunities for reaching agreements on some practical issues with Azerbaijan. He emphasized, however, no agreement has been reached on the opening of transport links.

He also addressed the one-on-one meeting he had with Aliyev, which was announced by Michel, the European leader, who told reporters that he left Pashinyan and Aliyev alone to have a private conversation.

Pashinyan told reporters on Friday that the 20 to 30 minuted meeting with Aliyev focused on the same topics that were earlier discussed during the talks mediated by Michel.