Pashinyan Poised to Get ‘Preferential Healthcare’ as Benefits Expire for Public 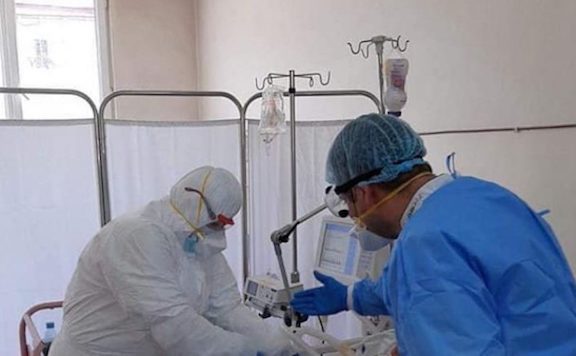 An Armenian law on “individuals subject to special state protection” has until now guaranteed such privileged healthcare only for the president of the republic and his family. The NSS wants to extend the government-funded privilege to the two other officials.

The security agency circulated a relevant bill on Monday days after Pashinyan’s government reportedly stopped paying for medical services provided to ordinary citizens by public and private hospitals. According to news reports, the Armenian Ministry of Health attributed the drastic measure to a lack of public funds resulting from an increased number of people seeking free surgeries and other essential treatment.

Opposition politicians and other government critics denounced the NSS bill, saying that it makes mockery of Pashinyan’s past promises to establish social justice and equality in the country.

“Three years ago Nikol Pashinyan was saying that there are three million prime ministers in Armenia,” said Anna Grigoryan, a parliament deputy from the opposition Hayastan bloc. “But that is still not manifested in any way. The prime minister has extensive powers now, and you can see how just big his security detail is.”

Grigoryan told RFE/RL’s Armenian on Tuesday that the extra privilege sought for him is all the more unethical now that Armenia is continuing to grapple with serious national security challenges after last year’s war in Nagorno-Karabakh.

Hayk Mamijanyan, another opposition lawmaker representing the opposition Pativ Unem bloc, speculated that the NSS bill may be aimed at deflecting public attention from those challenges.

He said Pashinyan and Simonian “must have the morality and the will to renounce that privilege” and redirect government funding required for it to low-income Armenians in urgent need of medical aid.

“If ordinary people cannot be treated at the state’s expense why should they have such privileges?” said one woman. “Are they better than ordinary people?”

“This was done covertly in the past. Now they want to legalize that,” complained a man.