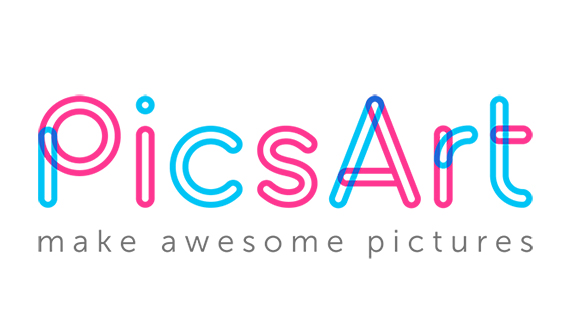 SAN FRANCISCO, Calif. (Marketwired) – PicsArt, the world’s largest photo editor and creative community, announced on Monday that it has more than 100 million monthly active users (MAUs). PicsArt has been downloaded hundreds of millions of times worldwide, in more than 30 languages, and its massive user base edits more than 850 million images every month. Additionally, PicsArt reached 50 million stickers created monthly, and is also quickly becoming one of the largest open-source collections of images in the world.

“I started PicsArt to make a safe, creative and collaborative space for artists like my daughter. Before PicsArt, beginner artists would find it challenging to share their work without being discouraged,” said Hovhannes Avoyan, CEO and Founder of PicsArt. “I wanted a space where everybody could freely express their creativity. Where everybody could have access to quality tools that are easy to use and deliver great artistic results. We see 100 million monthly active users as an important milestone toward making everyone creative; we intend to reach a much larger audience in the years ahead.”

“There are only a handful of consumer services that reach 100 million people every month,” said Omar Hamoui, partner at Sequoia Capital. “What’s even more impressive is the depth and breadth of the engagement within the app. The team has been building a sophisticated and rich experience for years and users continue to discover more and more to do with PicsArt.”

PicsArt is now actively partnering with brands, celebrities and organizations to foster new, collaborative experiences between PicsArt partners and their fans. The idea is to provide them with a platform to engage with their fans on a meaningful level. For example, the company undertook a campaign for 30 Seconds to Mars the LA rock band led by Hollywood star Jared Leto. This produced over 50,000 authentic pieces of content for the band and generated tens of millions of impressions on and off PicsArt.

Although now based in Silicon Valley, PicsArt emerged from — and has become a star of — Armenia’s nascent startup scene which also includes mobile learning startup SoloLearn. The Cold War left a heritage of leadership in technology in the country, which is gradually leading to a flowering of new startups.

The story behind the PicsArt’s birth starts with a little girl. One day Avoyan — a serial entrepreneur who founded five previous companies — came across his 10-year-old daughter, who was crying. She’d shared one of her drawings online and trolls had filled the comments section with nasty jibes. She was quickly discouraged to continue sharing. So he decided to create a space for artists, with quality tools, that was also a positive space. In contrast to some other social networks we might mention, trolling was actively discouraged. A place where people could learn, create and share art, experiment, and collaborate. The early motto was “Everyone is Creative,” which later changed to “Make Awesome Pictures.”

By early 2015, when the app had reached 45M MAU, PicsArt closed its first $10 million of VC funding from Sequoia. That led to more interest and more funding. Another $15M from Insight Venture Partners was followed by a Series B round of $20M.

It now employs over 350 people in the US, Europe, and Asia and sports one of the largest collections of open-source images in the world. Its biggest office is in Yerevan, the Armenian capital, and looks any other super-modern Silicon Valley office.