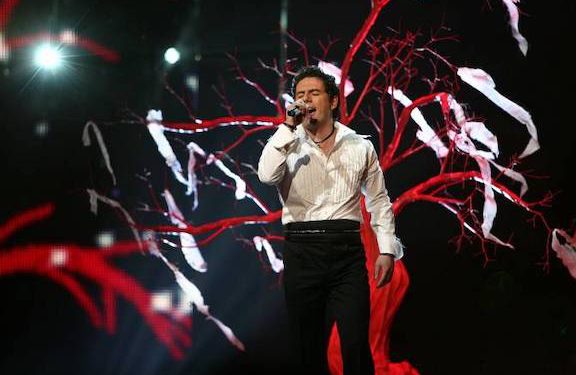 Singer Hayko passed away on Sept. 29

Popular Armenian singer, songwriter Hayk “Hayko” Hakobyan died from COVID-19 complications on Wednesday, the chief of staff at the Yerevan State Medical University Shushan Danielyan confirmed to Public Radio of Armenia. He was 48.

He had been in grave condition since September 21 after contracting Covid-19.

The singer represented Armenia in the 2007 Eurovision Song Contest, where he performed his hit Anytime You Need.

He has written music for a number of films including “Do Not Be Afraid,” “The Killed Dove,” “The Diary of a Cross-Stealer” and others.

Fellow artists and musicians remembers Hayko and praised his talents. Prime Minister Nikol Pashinyan also mourned the singer, calling him “one of the brightest representatives of modern Armenian music.”

“He stayed on top, he remained a friend and loyal Armenian, and he became immortal with his song,” actress and television personality Nazeni Hovhannisyan said in a statement. “Dear Hayko, my friend, my brother, why did you hurry so much. Rest in peace, we will miss you,” she said.

Singer Sirusho, who worked with Hayko for many years and also represented Armenia at Eurovision, wrote on social media: “I lost a brother, we lost a talent.”

“Live your lives like Hayko did, give love and goodness to everyone like he did. My dear friend, Hayk, we will meet again someday, rest in peace,” the Armenian State Song Theater Director Armen Sargsyan said.

“We’re very sorry to hear of the passing of Armenian artist Hayko. Hayko represented his country at Eurovision 2007 where he finished 8th with his touching ballad ‘Anytime You Need’. You will always be in our hearts,” Eurovision said on Twitter.