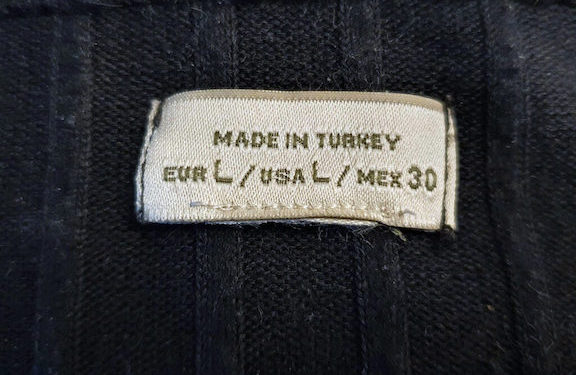 Last week Armenia announced that it was lifting the ban on import of Turkish products, put in place as a response to Turkey’s violent and aggressive role in the 2020 war.

After the initial six-months, the government, in June of last year, extended the ban for another six months.

Since then, Prime Minister Nikol Pashinyan and his government have plunged deep in an effort to normalize relations with Turkey, by appointing an envoy to lead negotiations and allowing an Armenia-based airlines to conduct charter flights from Yerevan to Istanbul.

Lawmaker Babken Tunyan, a member of Pashinyan’s Civil Contract party, rationalized the decision to lift the embargo on Turkish goods in an interview with Armenpress’ Aram Sargsyan published on Tuesday. Tunyan, who is the deputy chairman of the parliament’s committee on economic affairs, said that the decision was made taking into account all opinions on the subject.

Tunyan claimed that the ban was not yielding the desired effect, adding that despite the embargo many importers were circumventing the procedures in place and continued to import Turkish goods.

“If we look at this issue from a patriotic perspective, what matters is – why is there demand for Turkish products in Armenia? If we were to compare with the situation we had during the 44-day war when everyone was boycotting Turkish products, now we must understand why people are again willing to buy Turkish products. If there is demand for a product, that product will find its way into the market and will reach the consumer, be it in through circumvention of rules or at higher costs. That’s why it’s not right to artificially do something. If we put aside the emotional aspect, we must evaluate its effectiveness from an economic perspective,” Tunyan told Armenpress.

Tunyan, an economist, further rationalized that the ban was temporary and partial, with only manufactured goods being prohibited. Moreover, the list of banned products was revised several times because it turned out there was no alternative in the market.

“From an economic standpoint, unfortunately, this ban led to a situation where Turkish products were entering Armenia through different ways, because carrying out customs administration and control is practically impossible, and this simply led to prices of clothes, household items and other products in Armenia to increase, because these products are going through more complicated ways. Meaning, the objective we’d initially set politically did not serve its purpose,” said Tunyan, without elaborating whether the parliament or the government are eyeing punitive measures against those who violated the ban.

Armenia’s Economy Ministry evaluated that the ban on Turkish products had both positive and negative economic consequences.

Several newly launched or expanded industries, such as production of furniture and construction materials as well as agriculture were among the positive impacts of the ban, according to the ministry. However, the ministry has assessed that ban had a “significant impact on inflation.”

In the end, it seems, it was Armenian business owners who pressured the lifting of the ban.