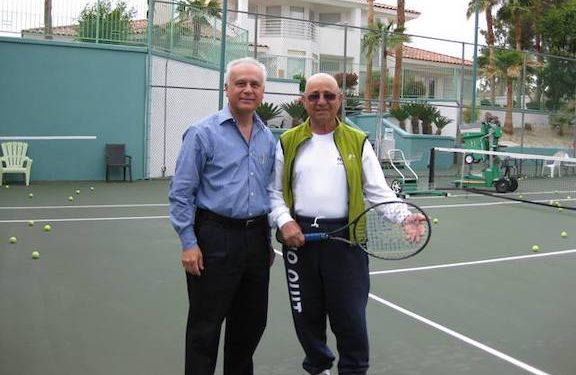 Mike Agassi, the father of tennis star, Andre Agassi passed away on Friday, September 24 in Las Vegas. He was 90.

Emanuel Aghassian, an Iranian Armenian, was a boxer and competed for Iran in the 1948 and 1952 Olympic Games.

He immigrated to United States in 1952 and later changed his name to Mike Agassi. He loved tennis and his passion was to train and coach his four children, Rita, Phillip, Tamara and Andre and many other rising tennis stars.

I had the opportunity to meet Mike Agassi at his home in Las Vegas on several occasions and had long discussions about his youth in Iran, his boxing career, arriving in Chicago and later driving to Las Vegas and his association with Kirk Kerkorian.

Mike told me that he came from a poor family, and they used to live near a compound that housed British serviceman. That was where he first saw people playing tennis. As a boy he used to help the servicemen as a ball boy and mark the clay tennis court, which gave him the opportunity to occasionally play tennis.

He also mentioned that although he loved boxing, however eventually he saw boxing as an opportunity to get a passport for international travel and a way to immigrate to the United States.