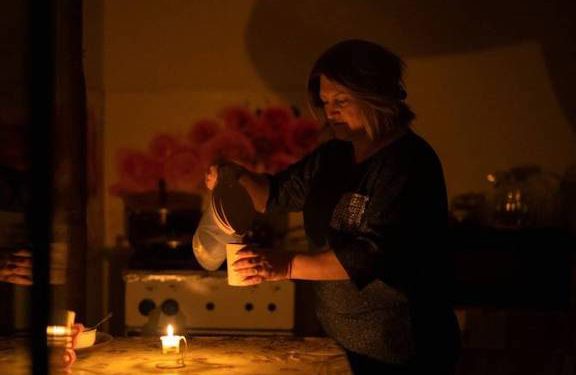 Artsakh authorities on Tuesday announced that rolling blackouts across the country will be extended and all gas stations will be closed due to Azerbaijan’s ongoing blockade of the Lachin Corridor.

The power grid supplying electricity to Artsakh from Armenia has been damaged and Azerbaijan is impeding its repair. On Sunday, Azerbaijan again halted Artsakh’s gas supply, forcing resident to endure more hardship as the crisis worsens.

ArtsakhEnergo, the Artsakh power company, announced that effective at 2 a.m. on Wednesday, the rolling blackouts that were initiated a few weeks ago will be extended to three times a day, each lasting two hours.

Taking into consideration the reaction of the population and the need to set the most comfortable schedule to meet the needs for heating, it was decided to maintain the daily six-hour electricity outage schedule, implementing the outages for a shorter duration but more frequently.

Natural gas fueling stations in Stepanakert and surrounding regions were closed on Tuesday, the Artsakh information headquarters announced, citing the continued suspension of the gas supply by Azerbaijan.

“In order to ensure the uninterrupted work of organizations carrying out public service and rendering public assistance, the vehicles of these organizations will be provided with gasoline and diesel fuel. The public will be additionally notified on changes in the situation,” the Artsakh Information Headquarters said.

Around 100 tons of food donated by the California-based Armenia Fund, as a means to provide urgent humanitarian assistance to Artsakh, cannot get through to its destination due to the blockade. The inventory is currently being housed in Goris.

“Negotiations are being held with the command of the Russian peacekeeping troops in order to deliver the humanitarian cargo to the Republic of Artsakh in the crisis situation,” said Artsakh authorities, who said if the cargo is able to enter Artsakh it will be distributed free of charge to residents in need.

The Artsakh foreign ministry on Tuesday slammed Baku for its continued blockade and their “arbitrary interpretation” of the November 9, 2020 agreement, which stipulates that the Lachin Corridor must remain open to traffic at all times.

“Azerbaijan’s claim that they have the right to stop vehicles passing through the Lachin Corridor and conduct cargo inspections is absolutely unfounded. The Trilateral Statement does not provide for any restrictions on the transport of cargo with regard to their nature, purpose or use. With respect to the Lachin Corridor, Azerbaijan’s only obligation is to not impede the movement in any way the safety of movement of citizens, vehicles and cargo in both directions,” explained the foreign ministry.

“Baku’s attempts to unilaterally revise the provisions of the Trilateral Statement and turn the Lachin Corridor, which has an internationally recognized status, into an Azerbaijani-controlled road exclusively for humanitarian cargo transportation are illegitimate and must be rejected,” emphasized the Artsakh Foreign Ministry.

“The Azerbaijani President’s signature under the Trilateral Statement represents Azerbaijan’s explicit consent to the recognition of the exclusive control of the Russian peacekeeping contingent over the Lachin Corridor,” added the foreign ministry.