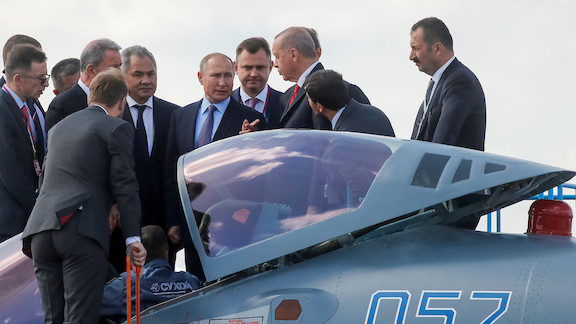 Ankara had previously indicated it was open to cooperating on the matter with friendly countries.

“Russia has repeatedly expressed readiness to assist Turkey [in the development of a fifth-generation fighter jet], but right now this project is in the negotiation phase,” the head of Russia’s Federal Service for Military-Technical Cooperation (FSMTC), Dmitry Shugayev, told RIA Novosti.

Ismail Demir, the chairman of the Presidency of Defense Industries, a Turkish government agency, told the media in September that Ankara was looking to cooperate with friendly states on the design of such an aircraft.

The US expelled Turkey from its F-35 program in 2019, canceling the delivery of jets promised to Ankara after it rejected America’s demand to scrap the deal to purchase S-400 mobile air defense missile systems from Russia.

Turkey has maintained that it will choose arms sales partners regardless of outside pressure and in spite of its membership of the US-led NATO military bloc.