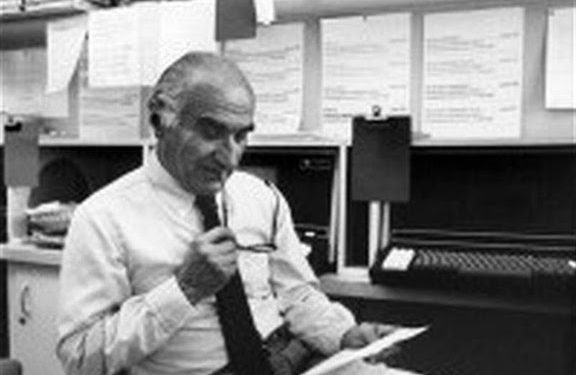 In a unanimous vote on Wednesday, the Fresno Unified School board decided to rename the city’s Fokner Elementary School after renowned journalist and Fresno native H. Roger Tatarian, becoming the first school in the city to be named after an Armenian-American.

The grassroots effort to rename the school began five months ago, when the Armenian community in Fresno petitioned to have Fresno Unified’s newest school campus be named after Tatarian. Instead, the school board voted to name that campus after philanthropists Francine and Murray Farber, who have given hundreds of thousands of dollars to local education causes, the Fresno Bee reported.

The Forkner Elementary School was a second choice by the Armenian community, and despite opposition by the school community, the school district voted for the name change.

“The ANCA Central California thanks the Fresno Unified School District Board of Trustees on naming a school after Roger Tatarian,” said a statement by the local Armenian National Committee of America chapter.

According to the Fresno Bee, on the same night the school board cast its vote in May, Fresno author and journalist Mark Arax suggested renaming Forkner Elementary School for Tatarian and noted namesake J.C. Forkner’s racist history. Arax researched Forkner extensively and wrote about him in his latest book, “The Dreamt Land,” where he chronicles the racist past of Forkner’s developments and discrimination against Armenians and communities of color. Forkner is known chiefly for developing Fig Garden, which spans 12,000 acres.

Speaking before the board Wednesday, Arax again described Forkner as “the most consequential racist” in the city’s history who affected “countless” families, reported the Fresno Bee.

Tatarian has had a storied career as a journalist, educator and author, with an impact on his native Fresno.

After graduating from Fresno State in 1938 with a political science degree, Tatarian began his journalism career at the United Press International, said the Fresno Bee. During his 34 years at UPI, he was in leadership positions worldwide, including Europe, the Middle East, Africa, London, Rome, and Washington, D.C. — ultimately becoming the wire service’s editor in chief.

After retirement, he taught journalism at Fresno State for 15 years and served as a consultant for various newspapers, including the Fresno Bee, where he also wrote a regular column.

Tatarian was awarded the Elijah Parrish Lovejoy Award and was named a fellow of the Society of Professional Journalists Sigma Delta Chi. He was also among the first to be inducted into the New York SPJ Hall of Fame.