Armenian Evangelical Church in Cyprus: A Present Marked by a Bumpy Past 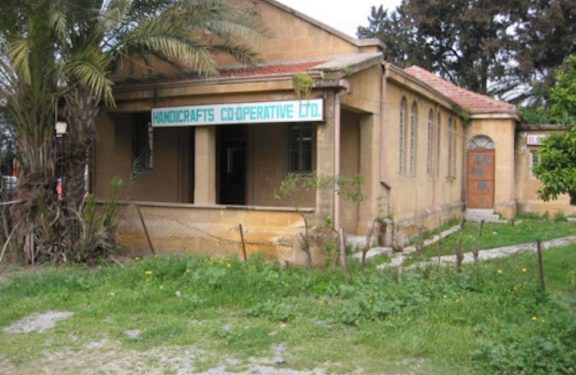 On July 1, 1846, thirty-seven Armenian men and three women established the Armenian Evangelical Church in Istanbul (then Constantinople). Four years later, on November 27, 1850, Sultan Abdul Mejid granted formal recognition to the newly established Church. The Armenian Renaissance in the 19th century had a direct impact on the birth of the Armenian Evangelical Church. It was part of the great upsurge of the Armenian intellectual spirit, as “There was a revival of thinking in the social, economic, and religious realms” (Tootikian, 2021).

The first ethnic cleansing of the 20th century – the Armenian Genocide, perpetrated by the Ottoman regime in 1915, devastated the vibrant Evangelical community which had 137 churches, 179 pastors, 13,891 communicant members, about 51,000 adherents, hundreds of elementary schools, 34 secondary schools, seven colleges, and three seminaries. The Genocide led to the creation of diaspora communities around the world that are now fully equipped with churches, schools, universities, newspapers, political parties, and cultural, charitable, and sports organizations.

A lot has been written about many evangelical churches around the globe, but little is known about the development, identity, and challenges of the Armenian Evangelical Church in Cyprus, a tiny island on the east Mediterranean Sea. Hence, this article.

Missionaries from the Reformed Presbyterian Church (USA) had started their ministry in Cyprus in 1888. Revs. Issou and Stevenson, together with their mentor, David Saada, had established a day school with 20 pupils. The following year the number increased to 60.

In 1898, Rev. Haroutyun Sarkissian was appointed by the Reformed Presbyterian missionaries to work among the Armenians. Church buildings were built in Larnaca and Nicosia. According to Rev. Agbabian, these church buildings did not belong to any particular ethnic group. They were open to anyone, but the majority of the attendees were Armenian.

In 1920, the number of Armenians in the Larnaca and Nicosia churches was 45. Rev. Alvin Smith was appointed as the representative of the Presbyterian mission. Rev. Smith “showed special care towards the Armenians and subsequently gained their trust” (Agbabian, p.155).  Rev. Agbabian’s leadership initiated a change in delivering the sermons to the different language groups during the services. It was now delivered in three languages: English, Greek, and Turkish for the Armenians. Dr. Samuel Mouradian was a lay preacher who took an active role during the services by translating the sermons into Turkish. A new influx of Armenians, including Evangelicals, reached Cyprus after the French forces left Cilicia. Rev. Haroutyun Manoushagain, who arrived from Adana, served in the Nicosia church for three years.

The Reformed Presbyterian missionaries maintained their leadership role until 1926. In 1927, the church structures in Nicosia and Larnaca were changed and three councils were formed, one for each of the English, Greek, and Armenian communities. In 1929, the number of the Armenian Evangelicals in Cyprus reached 283: five in Famagusta, 19 in Amiantos, 112 in Larnaca and 147 in Nicosia.

The Armenian Evangelical Church opened a day school, which operated from 1896 to 1899. It accommodated Armenian refugee children who had escaped the Adana massacres. The two daughters of Rev. Harutyun Sarkissian, Rakel and Ovsanna, established a kindergarten in Nicosia in 1900. It remained active until 1905. Nishan Ghazarian organized another school in 1900 in Larnaca. An article in the September 7, 1929, issue of “Nor Avedaper” by Rev. Agbabian says this about this school,

The Armenian Evangelical School in Laranca has 20 students with 3 teachers. Until today, the school used the church premises for its daily classes. Taking into consideration the health-related issues for the youngsters, we have decided this year to initiate the building of school premises, which can cost 300 pounds. The same building will be used for Sunday school classes. The 150 pounds will be raised by the congregation in the next 3 years and the remaining 150 we rely on outside donors. (p.156)

The AECC, right from its early years, adopted the constitution of the Reformed Presbyterian Church with the exception of the following two clauses:

The following years were challenging for the AECC. The Church Council could not decide who to be affiliated with. There were some who wanted to be part of the Union of the Armenian Evangelical Churches in the Near East. Others wanted to remain independent, taking into consideration that the civil unrest between the Turks and the Greeks on the island had already started.

In December 1963, the civil fights on the island halted all aspirations and plans. The ethnic fightings and the de-facto demographical divisions between the Turkish and the Greek communities urged the AECC to abandon its premises and move to the Greek side of the island.

Today, the church building is still in the Turkish occupied part of the island. It has been converted to a factory.

That church building was built in 1946. The inauguration was announced thus,

Sunday, July 28 at 5 pm there will be the corner stone ceremony. The church pastor, Rev. Youhanna Megerditchian will lead the service. The corner stone will have a clay plate which will include the Bible, three daily papers one in Armenian (Nor Arax), another in Greek (Anexartidos) and the third one in English (Cyprus Mail). The plate will also include Cyprus coin money together with sand brought from Holy Etchmiadzin and two official writings. (“Nor Arax,” 1946)

The title deed is in the name of “Armenian Evangelical Reformed Presbyterian Church” and was issued in 1950. Here is a list of the clergy and lay leaders who were instrumental in leading the AECC in Larnaca and Nicosia:

It is worth to make a special acknowledgement of the work and ministry of Manuel Kassouni. He was Rev. Dr. Yeghia Kassouni’s younger brother. Manuel arrived in Larnaca in 1922. He taught Arithmetic, Armenian, Geography and Turkish at the American Academy. He also established a small printing house to print Armenian books and periodicals. He initiated the Armenian Language Group to encourage the Armenian community to speak Armenian. He maintained very good relations with the Armenian Apostolic Church. For decades, Kassouni tirelessly served the Armenian and Greek communities.

Between 1963 and 1965 the Church in Nicosia continued its services in the premises of the American Academy. After 1965 services were conducted once every two weeks. Services stopped completely in the early 1970s both in Nicosia and Larnaca for three obvious reasons. First, the Church did not have a spiritual leader after 1954. Second, after 1963 the Church remained without its premises. Third, the community number decreased drastically after the civil unrest, as many left the island. By 1966 the number of Armenian Evangelicals had dropped from 230 to 55.

After the Turkish invasion in 1974, the Armenian Apostolic Church, too, lost its church building in Nicosia. However, they and others received compensations from the Cypriot government and other sources and rebuilt their church buildings. The foundation stone of the new Armenian Apostolic Church in Nicosia – Sourp Asdvadzadzin, was laid on September 25, 1976, and was inaugurated in 1981. There are no records which show that the AECC took similar steps in order to rebuild and restart.

The AECC remained dormant until August 2005, when Dr. Hrayr Jebejian and his family moved to Nicosia from Beirut. He reorganized the AECC under the chairmanship of Mrs. Nevart Kassouni-Panayiotides, the daughter of late Manuel Kassouni.

The Church was revitalized. It was registered as The Armenian Evangelical Church in Larnaca, and services were held once a month in the Greek Evangelical Church premises in Nicosia. Church services were also occasionally held in Larnaca. Dr. Jebejian broadcast spiritual messages once a month for four years on the radio from the Cyprus Broadcasting Corporation during the Armenian program. Also, the Church organized several spiritual, cultural, and national services and programs that were attended by the Armenian community in Cyprus. Revs. Megerditch Karagueozian, Paul Haidostian, Vartkes Kassouni, Krikor Aghabaoghlou, Serop Megerditchian, Manuel Jimbashain, Dr. Ari Topouzkhanian, Mihran Jizmejian, and Irma Dedeyan were some of the guest speakers who took part in these events.

Today, there are five Armenian Evangelical families in Cyprus. Rev. Agbabian puts it in a nutshell as he writes, “Cyprus for Armenians has always been a transit place. In this respect, the number of the community has not increased over the years. But the Gospel Message has been proclaimed for all the Armenians who have lived on the island over the years” (p. 156).

The vision for the future is to reclaim the church building in the occupied part of the island, reorganize church services, reestablish ecumenical relationships, and reassume a leadership role in the spiritual growth of the community. Rightly Rev. Tootikian writes, “Obvious faults and weaknesses must not hide the deeper significance of the Evangelical movement, because measured by its effects, it proved itself a potent force among the Armenian people”. No matter how bumpy the past has been for the church in Cyprus, it created a significant impact on the life of the Armenian community in Cyprus and the global Armenian Evangelical Church.

Dr Hrayr Jebejian is General Secretary of the Bible Society in the Arabian-Persian Gulf. He holds a Bachelors degree in Business Administration from Haigazian University, Master of Science degree in Agricultural Economics from American University of Beirut and Doctor of Ministry degree in Bible Engagement from the New York Theological Seminary. He has travelled extensively all around the world and has delivered lectures, interviews on Christian presence in the Middle East, Biblical and inter-church relations and on socio-cultural and ethnic issues. Jebejian is the author of three books, along with articles published in academic journals and encyclopedias. He is a recipient of the Ambassador of the Motherland medal from the Ministry of Diaspora of the Republic of Armenia.