by Harut Sassounian
in Latest, My Turn, Top Stories
0 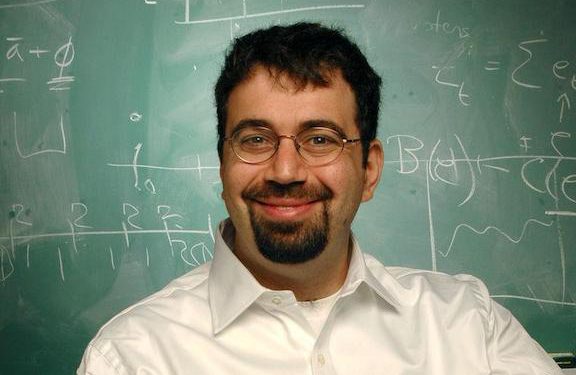 President Recep Tayyip Erdogan of Turkey, who is completely ignorant about economics, met with the chief executive officers of 26 major American companies and told them many falsehoods about the Turkish economy. The reality is that the Turkish economy is bankrupt and millions of Turkish citizens are on the verge of starvation, while the coronavirus is raging like wildfire, making Turkey the fifth largest country in the world in terms of infections.

Here are some of the lies Erdogan told the American CEO’s:

“None of the problems experienced in many countries and the disruptions in the supply chain have been experienced in Turkey. At a time when many economies in the world came to a standstill, we continued our investments in both the public and private sectors.

“Thanks to the efforts of our private sector, the support of our state and dynamic epidemic measures, our economy closed 2020 with growth. With a rate of 1.8%, we became the country with the highest growth in the G-20 after China.

“Despite the serious economic contraction in our traditional export markets and the contraction in foreign demand, we reached an export figure of $170 billion. The trade volume between Turkey and the United States increased by 4 percent and exceeded $21 billion.

“In the January-April period of 2021, our exports increased by 33.1 percent compared to last year.

“Our industrial production increased by 12.3 percent in the first quarter of 2021 compared to the same quarter of the previous year. We also observe a significant increase in investment demand in Turkey.

Surprisingly, Erdogan then decided to tell the American CEO’s of President Joe Biden’s acknowledgment of the Armenian Genocide on April 24, thus informing them of the horrible mass crimes committed by Ottoman Turkey against the Armenians.

“Even though President Biden’s statement about the 1915 events puts an additional burden on our relations, I believe that the meeting we will hold with Mr. Biden at the NATO Summit [in June] will herald a new era,” Erdogan stated hopingly.

Erdogan then contradicted his many cruel, inhuman, anti-Semitic and racist public statements and policies by claiming: “We have never, and never will, allow distorted mentalities such as xenophobia, anti-Semitism, and racism to find ground in our society. We resolutely continue our efforts to reform the economy, freedoms, laws and justice according to changing conditions and needs. We presented our Human Rights Action Plan and our Economy Reform package to the public.”

Let us now turn to one of the top economists in the world, Daron Acemoglu, an Armenian born in Turkey, who is now Professor of Economics at Massachusetts Institute of Technology in Boston. His name is often mentioned as a future Nobel Prize nominee.

During a video interview, Acemoglu directly contradicted Erdogan’s propagandistic picture of the Turkish economy, by stating: “I have great fear the economic crisis may deepen in Turkey.”

Here are excerpts from Acemoglu’s description of the deplorable condition of the economy in Turkey:

“When Turkey went to the presidential election and all the power gathered in the palace, it had a great impact on the economic policy.

“These nationalist and authoritarian populist regimes or these movements generally weaken state capacity when they come to power. This is both a strategy and something they do unintentionally because they can’t rule legally. We see this in India, Brazil, Turkey, Russia, and Hungary.”

“The countries where the most people died from the coronavirus in the world were Brazil, Turkey, India, Russia and populist authoritarian regimes such as America during the Trump administration.

“Turkey has been experiencing the most critical economic crises in the last five years. There were major crises that started not only after the pandemic, but also before the pandemic. The increase in debts, the worsening of balance sheets, could a correct result be brought against them? No. Why? There are few people in the bureaucracy who can deal with the economy properly and improve it. Especially the cadres established under Berat Albayrak [Minister of Economy and Treasury and Erdogan’s son-in-law] could not bring the right approach to what needs to be done. Democracy has many advantages over dictatorships and authoritarian systems. But one of the biggest advantages is their tendency to keep the biggest mistakes, talents and incompetence in the lead, is much weaker. Especially when the presidential election in Turkey and all power gathered in the Palace, this had a great impact on the economic policy.

“Especially in the last five years, unemployment and inequality have reached very high levels [in Turkey].

“Shopping malls and construction companies, which have had a huge problem in their balance sheet for five years, are still standing. How long will they be able to stand? What will be the effects on banks? How long will we be able to keep the interest rate policy this way, while our reserves have decreased so much? These dimensions are likely to go much more negative.

These problems are not only in Turkey, there are problems in other parts as well, but wherever you see these problems, you see the role of decisions not to manage the economy correctly.”

I hope the American CEO’s will pay more attention to Acemoglu’s accurate assessment than to Erdogan’s propaganda which has led Turkey to economic disaster.