by Asbarez Staff
in By Any Means, Latest, Top Stories
7 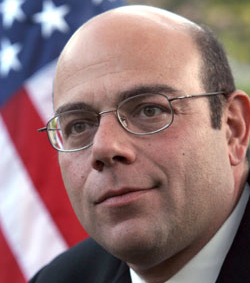 The Los Angeles Times had a very interesting article titled “In Mideast, TV becomes battleground” on December 9, 2019. It turns out Ankara has been wreaking mischief not just through its multi-level interference (including outright war, even if undeclared) in Syria, its influence-seeking in Libya, building military installations outside its borders, anti-Armenian activities (including its recently revealed plans for invading the republic of Armenia), its betrayal of NATO allies, etc., but also through its television industry.

Unfortunately, many of our compatriots probably assisted Ankara in this realm. It has been a long-standing problem that Armenians in Lebanon, Syria, and even Armenia watch broadcasts in Turkish which easily reach them given their proximity to Turkey. Over the years, Turkey has become the second largest distributor of TV programming in the world after the U.S. It’s not a stretch to imagine that some Arabs got their first exposure to Turkish TV from their Armenian neighbors. Now, Turkish programs have a huge audience in the Arab world.

The Los Angeles Times article speaks to the growing audience Turkish television programs have in the Arab world. Their TV series are very popular. It’s gotten to the point that Egypt’s highest Islamic authority has issued a fatwa (edict) advising the faithful not to watch Turkish television programs. The fatwa is described as “bizarre” in news item where I saw this. That’s not a characterization I would agree with. Of course there is a political component to it given the current cold, if not tense, relations between Turkey and Egypt. But the reach and impact of the media is unquestionable, so it should come as no surprise that religious and political authorities are taking steps to counter Turkey’s penetration into their societies.

This is the realm of “soft power” of which the best example is the U.S. entertainment industry. What is portrayed on various screens does a lot for the U.S. and its ability to maintain its leading position on the planet. From Westerns to Westworld, people all over watch and form their (usually positive) impressions of the U.S. based on what Hollywood puts out. Turkey is trying to do the same thing and the fatwa warns specifically about Erdoğan’s power-grubbing proclivities.

And, it’s not just TV, but movies, too. The Turkish media industry is robust and growing wth solid audiences at home enabling its expansion. I wasn’t able to find simple, current, and complete numbers, but putting a few pieces of data together and doing some arithmetic led to a 2008 figure 0f 0.07% of Turkey’s GDP coming from the movie/TV industry. That may not seem like a lot, but it is from 12 long years ago. That percentage is undoubtedly significantly larger now, especially since Erdoğan is likely doing all he can to support what is a potent tool in his hands as he tries to realize his dream of reestablishing the Ottoman Empire in some form.

There are even (at least) two Turkish owned production companies in the U.S. putting out all kinds of shows. If they continue to grow, that corporate leadership will be able to infuse their productions with subtle messages that would be antithetical to our cause and very difficult to counter.

All of this explains another phenomenon I had noticed in recent years. I am a big fan of Marvel Comics and have gone to see the superhero movies featuring Marvel’s cast of characters. At the end of each movie, a teaser clip of an upcoming film is included. It appears at the very end, AFTER the credits. Of course as I wait for it, I do the “Armenian thing” of looking for i/yans in the credits. While I have noticed a few of our compatriots’ names, I see many obviously Turkish, not just Islamic, but clearly Turkish names (you can tell by the spelling and combination of first/last names). Now I understand why that is the case. Clearly, our mortal enemy, Ankara, has moved to this front in our ongoing war, and we are woefully behind on the media front.

It’s long past time that we stopped encouraging our children to become doctors-engineers-jewelers-lawyers (you know the drill) while discouraging them from entering the various fields of the media (be they entertainment or news oriented) and started ENCOURAGING them to enter the latter. We have some bright lights in the news aspect, currently, but they are far too few, and we have virtually no presence on the entertainment side. Parents, please, revise you guidance to comport with this “new” direction necessary to our nation.