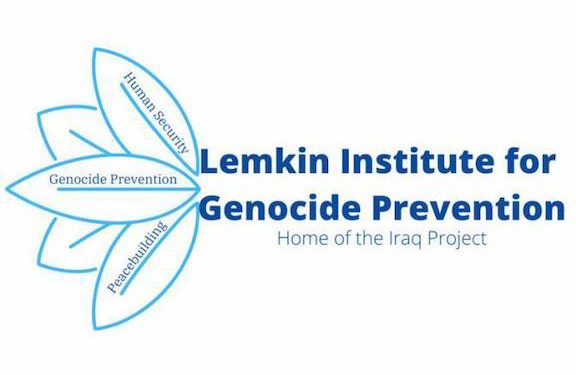 The Lemkin Institute for Genocide Prevention

The Lemkin Institute for Genocide Prevention, in its year-end report, warned that Turkey and Azerbaijan are openly threatening Armenia with war, occupation and genocide.

Under the “Armenia and Artsakh” heading the report specifically emphasized Azerbaijani attacks on Armenia, its ceasefire violation in Artsakh and its most recent blockade of the Lachin Corridor, which for the past 24 days has cut Artsakh off from Armenia and the rest of the world.

Below is the excerpt of the Lemkin Institute report about Armenia and Artsakh.

In 2022 the small Republic of Armenia faced increasing threats to its territorial integrity from neighboring Azerbaijan and its ally, Turkey. On September 13, in violation of the 2020 Tripartite Ceasefire Agreement that ended the war in Nagorno-Karabakh, the Azerbaijani military launched an attack against several eastern Armenian towns, committing horrific atrocities against Armenian soldiers that were filmed and shared widely on Azeri social media.

These atrocities, and their dissemination, followed patterns from the 2020 war, when Azerbaijan sought to take over the ethnic Armenian enclave of Artsakh (Nagorno-Karabakh). Although the external world acted quickly to end Azerbaijani aggression in September, Azerbaijan still occupies 140km of sovereign Armenian territory as well as important parts of Artsakh, including the city of Shushi.

Since December 12 it has also blockaded the only road linking Artsakh to the outside world, causing a humanitarian crisis that may quickly become a catastrophe. The regime of Azerbaijani President Ilham Aliyev openly promotes violent anti-Armenianism at home, celebrating war crimes while representing itself as a bastion of tolerance to the outside world.

Russia’s war of aggression in Ukraine has emboldened Turkey and Azerbaijan to aggressively push for a land corridor (the ‘Zangezur’ corridor) linking the two countries through the Armenian province of Syunik. They openly threaten the Armenian state with war, occupation, and genocide. While several organizations, including the Lemkin Institute, have called attention to the threat of genocide from Azerbaijan and Turkey, powerful states as well as the European Union, NATO and other bodies, continue to offer explicit support for these regimes.

Since the signing of the Tripartite Ceasefire Agreement of November 2020 that put an end to the 44 days war, Azerbaijan has systematically breached its ceasefire obligations. In violation of international law and of the ceasefire agreement, it has refused to return Armenian prisoners of war (POWs).

As of July 2022 the regime in Baku still held in captivity 3 civilians and 35 POWs and subjected them to expedited and illegal criminal trials. On almost a daily basis Azerbaijan has opened fire against Armenian positions both in Armenia and Artsakh, creating a situation of constant terror and uncertainty due to the immanent threat that the conflict will escalate, which finally occurred on September 13, 2022.

The humanitarian crisis in the region reached another level of concern when Azeris claiming to be environmentalists blocked the Lachin Corridor, the only road communicating the 120,000 Armenians of Artsakh to Armenia proper. The first blockade took place on December 3rd and lasted for a few hours.

The second blockade started on December 12 and has increased the humanitarian crisis in Artsakh by isolating the entire Armenian population of the region and completely blocking its land access to food, medicine, and basic human needs. Although Azerbaijan restored the gas supply to Artsakh a few days after the December 12th blockade, the road from Stepanakert to Goris still remains closed at the time of publication of this report.

Azerbaijan is ranked as one of the least free countries in the world by Freedom House. In the past years, it has stepped up its persecution of journalists, human rights workers, ethnic minorities, and civil society, using domestic as well as transnational repression to quash dissent.