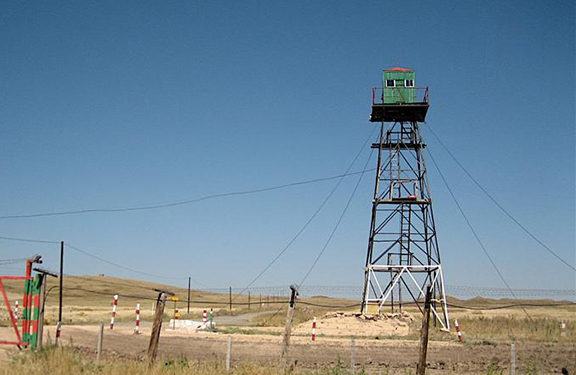 The special envoys tasked with advancing normalization between Armenia and Turkey are scheduled to meet in Vienna on Tuesday.

Armenia’s foreign ministry made the announcement on Thursday saying that the envoys, Serdar Kilic of Turkey and Ruben Rubinyan of Armenia will hold their third meeting. Foreign ministry spokesperson The two met first in Moscow on January 14 and then in Vienna on February 24. Following both meetings, identical announcements were issued by both foreign ministries signaling the readiness of both parties to continue talks “without preconditions.”

During a meeting on Wednesday with representatives of Turkey’s minority communities, the country’s president, Recep Tayyip Erdogan, sounded an upbeat note about the normalization process with Turkiye Gazetesi reporting that he even said that trade between the countries “will commence.”

As part of the normalization process, Ankara and Yerevan agreed to have regular flights between Istanbul and Yerevan. Those flights began in February ahead of the envoys’ second meeting in Vienna.

Yet Tuesday’s upcoming meeting comes following actions by Turkish leaders that not only do not reflect “good intentions,” but blatantly have insulted not just Armenia but all Armenians.

On Saturday, Turkey’s Foreign Minister Mevlut Cavusoglu, while on an official visit to Uruguay, smiled and flashed the hand gesture of the ultra-nationalist terrorist group, the Grey Wolves, to a group of Armenian protesters in Uruguay. This act angered Uruguay’s authorities with the foreign ministry summoning the Turkish ambassador there for explanation.

Armenia’s foreign ministry has yet to comment on this incident.

Last week, during an Iftar dinner attended by the religious leaders of Turkey’s minority communities, among them the Armenian Patriarch of Istanbul Archbishop Sahag Mashalian, Erdogan hailed the normalization process between Ankara and Yerevan by saying that the 2020 Artsakh War provided the opportunity for Armenia and Turkey to advance relations.

“With the liberation of Azerbaijan’s occupied territories, an opportunity for peace in the region has been created,” said Erdogan. “We are advancing normalization with our neighboring Armenian honestly, in order for that opportunity to not be wasted.”

This week, Erdogan accused Garo Paylan of treason because the Armenian lawmaker had introduced a resolution calling on Turkey to officially recognize the Armenian Genocide. Paylan, who represents the Peoples Democratic Party (HDP) in the legislature, was immediately threatened with sanction and legal action by Erdogan’s Justice and Development Party (AKP).

Erdogan sent a message on April 24 to the Patriarch of the Armenians of Turkey, Archbishop Sahak Mashalian, in which he continued Ankara’s policy of denying the Armenian Genocide and instead voiced his expectation for the Armenian people to support the current process to normalize relations between Armenia and Turkey.