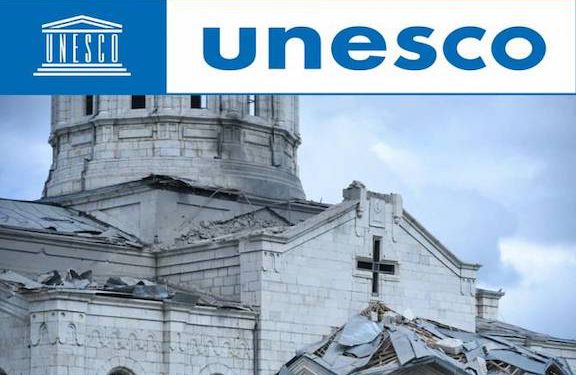 The United Nations Educational, Scientific and Cultural Organization said it is continuing its efforts to send an independence mission to Karabakh, the organization’s press office told Armenpress, adding that it hopes hopes that such a mission will take place soon.

Calls for UNESCO and other international organizations intensified after Azerbaijan’s culture minister announced the establishment of a special government commission that will appropriate Armenian religious landmarks located in Artsakh territories that are now under Azerbaijani occupation as having Albanian roots.

“We continue working to send a UNESCO Independent Technical Mission within the framework of the 1954 Convention. We hope that it will be possible soon, but for the moment the necessary conditions are not in place. So discussions are still ongoing,” Thomas Mallard, UNESCO’s spokesperson told Armenpress.

The International Court of Justice, on December 7, ordered Azerbaijan to “take all necessary measures to prevent and punish acts of vandalism and desecration affecting Armenian cultural heritage, including but not limited to churches and other places of worship, monuments, landmarks, cemeteries and artifacts.”

When pressed about UNESCO’s response to Azerbaijan’s failure to adhere to the ICJ’s provisional measure, Mallard warned against using culture and history for political gains.

“Heritage and history should not become instruments of politics,” said Mallard. “We urge all our Member States, all over the world, to respect this principle.”

Several members of the European Parliament this week added their voices to the growing chorus of international condemnation of Azerbaijan and its cultural ministry for attempting to label Armenian monuments as Albanian.

The European lawmakers took to social media warn of the dangers of the destruction and misappropriation of Armenian historical and cultural heritage in the territories of Artsakh currently being occupied by Azerbaijan. They also urged the international community to take action and condemn Azerbaijan.

“The international community must act now. We must condemn and stop any attempt to distort or destroy the Armenian historical and cultural heritage in Artsakh,” Demetris Papadakis, a Cypriot member of the European Parliament, wrote on his Twitter page.

Commenting on the brazen initiative of Azerbaijan’s culture ministry, a Dutch member of the European Parliament, Peter van Dalen wrote on Twitter that Aliyev’s crimes have no bounds.

“Azerbaijan has announced that it plans to erase Armenian traces from churches,” van Dalen wrote, urging the European Parliament to condemn the Azerbaijani initiative.