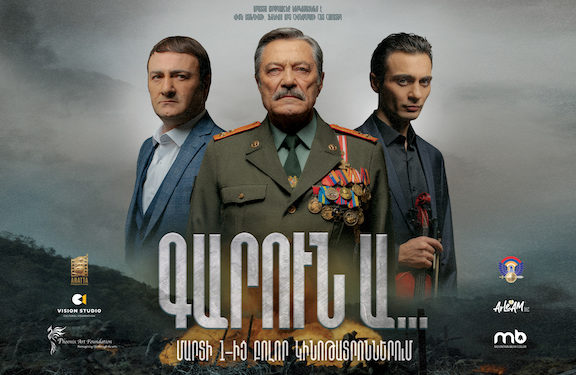 Director Roman Musheghyan’s film “It’s Spring․․․” will make its premiere in United States theaters next month. The American premiere of the film will take place on Friday, April 1 in the prestigious Directors Guild of America.

The creative staff and cast of “It’s Spring…” will take part in the screening event. Well-known American and Armenian producers, directors, actors, and artists alike have also been invited to watch the premiere.

Starting on Friday, April 8 the film will be screened at Laemmle Cinemas in Los Angeles․

“We are very happy that the film will be presented in the United States,” said Director Roman Musheghyan. “In addition to the Armenian audience, the authoritative American filmmakers will get acquainted with the Armenian culture, particularly with the Armenian cinema, through this film.”

It should be noted that the Yerevan premiere of the film took place on Tuesday, March 1.

“It’s Spring…” is a film about war, love, unity, and patriotism through the eyes of three generations.

The film is a joint production of Aratta Production, Vision Studio, and the Phoenix Art Foundation. It was created with the support of the RA Ministry of Defense and ArLeAM.