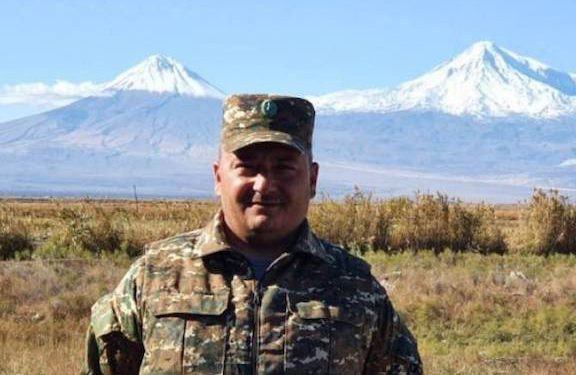 Azerbaijani forces continued their aggression against Armenia’s Yeraskh border region and late Monday night the leader of that community, Radik Oghikyan, was wounded as a result of Azerbaijani gunfire.

The director of Ararat province hospital Arayik Sardaryan said Oghikyan sustained injuries to his arm and was transported late at night to a hospital in Yerevan where he underwent surgery. Sardaryan said that Yeraskh leader’s condition was not life-threatening.

“He feels well. He is in good condition,” Oghikyan’s relative to Armenpress on Tuesday.

Armenia’s Investigative Committee said it has opened a criminal case into the shooting.

Armenia’s Defense Ministry said that at the time of his injury, Oghikyan was organizing efforts to extinguish a fire that broke out in an area as a result of Azerbaijani actions.

The Defense Ministry had reported that intermittent shooting by Azerbaijani forces into Yeraskh, which began last week, had continued throughout the weekend and into Monday, when at 6:40 p.m. local time the attacks intensified, with the Azerbaijanis using various caliber firearms, including mortars.

“During the late evening hours on July 19 and into early morning hours on July 20 Azerbaijani armed forces continued shelling at Armenian positions located in the Yesakh section of the border, without using grenade launchers,” reported the Defense Ministry, which clarified the attack lasted until 2 a.m. local time Tuesday.

Armenia’s Armed Forces announced that they will not allow any change in the line of contact” with Azerbaijan.

Armenia’s Human Rights Defender Arman Tatoyan headed a team to Yeraskh, which is Armenia’s Ararat Province, to investigate the indiscriminate Azerbaijani shootings, which he called “criminal.”

He said the shootings in Yeraskh were reminiscent of the attacks carried out by Azerbaijani forces in the Gegharkunik and Syunik provinces, where Azerbaijani forces breached Armenia’s sovereign border on May 12 and have advanced their positions.

Tatoyan also pointed out that on July 14, a member of Armenia’s Armed Forces was killed by Azerbaijani gunfire.

The intense border situation has prompted representatives of the United States, the European Union and France to voice concern over the escalation of violence.

“We call on both sides to swiftly and peacefully de-escalate tensions and create space for the resumption of substantive negotiations,” a statement by the U.S. Embassy in Yerevan said on Tuesday.

“Deeply worrying developments continue on Armenia –Azerbaijan state border. Reiterate our call for restraint and separation of forces and constructive engagement on border issues before new casualties are registered. EU stands ready to assist the sides,” the EU’s Special Representative for the South Caucasus, Toivo Klaar, said in a Twitter post.

Jonathan Lacote, France’s Ambassador to Armenia, said in a Facebook post on Tuesday that “when Yeraskh cannot sleep, Yerevan is similarly awake.”