Yerevan Has no Legal Obligation to Hand Over Mine Maps, Says Armenia’s Counsel at International Court 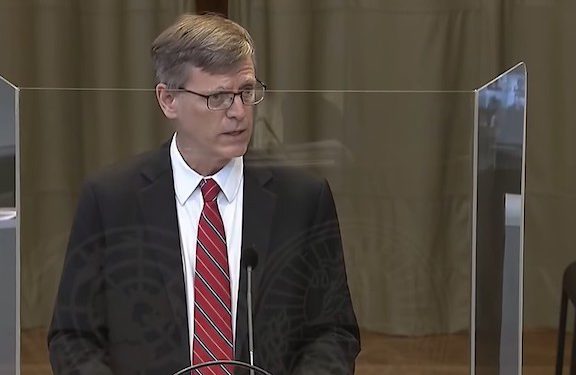 Armenia has no obligations under international law to hand over mine maps to Azerbaijan in the aftermath of the armed conflict, Sean Murphy, one of Armenia’s representatives at the U.N. International Court of Justice said during a hearing on Armenia’s case filed against Azerbaijan.

Armenia’s initiated the case calling for provisional measures against Azerbaijan, which it accuses of being governed by policy of hatred and discrimination toward Armenians.

On Monday, Azerbaijan’s Deputy Foreign Minister Elnur Mammadov, who was addressing the court, demanded interim measures be taken against Armenia in order to force Yerevan “to stop the deployment of mines, provide Azerbaijan with mine maps in order to facilitate de-mining.”

Murphy said Armenia has already handed over maps to Azerbaijan, the accuracy of which has been attested to by the US Government, and Armenia is fully prepared to meet with Azerbaijan to hand over additional maps unrelated to military affairs. He argued that Azerbaijan has no evidence of the Armenian government not releasing maps.

“By contrast,” Murphy said, “there is ample evidence before you that the military situation in the geographic area at issue remains active, such, therefore, that Armenia’s reason for not releasing certain maps concerns the effect it would have on military defense.”

During Monday’s hearing Mammadov alleged to the court that mines placed by Armenian troops before and after the war killed or injured at least 106 Azerbaijanis, including 65 peaceful civilians.