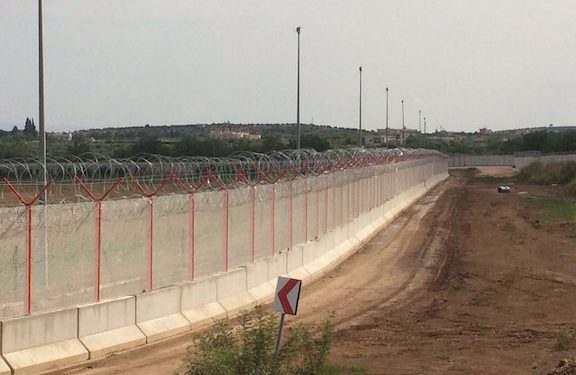 Turkish media, quoting unnamed sources from the foreign ministry, said that the Turkish and Armenian special envoys on normalization, Serdar Kilic and Ruben Rubinyan, were scheduled to meet in a new round of talks in September in Kars, which is on Turkey’s border with Armenia.

At a conference of ambassadors on Thursday, Cavusoglu acknowledged then brushed aside “concerns” voiced by Armenia about Ankara’s insistence to coordinate normalization efforts with Azerbaijan. Cavusoglu said that “both Turkey and Azerbaijan are sincere.”

“We are a democratic country. Even though the normalization process is two-sided, it is necessary for all of us to take steps to establish stability in the South Caucasus,” Cavusoglu said.

Kilic and Rubinyan, the special envoys, last met on July 1 in Vienna, where they agreed to open the land border between Armenia and Turkey to citizens from third countries and begin air cargo shipments. Later last month, Prime Minister Nikol Pashinyan held a telephone conversation with President Recep Tayyip Erdogan and the two discussed the need for the implementation of the agreements.

Since then, however, Cavusoglu announced that the normalization with Armenia will take place once Yerevan has signed a peace deal with Baku and the opening of the so-called “Zangezur Corridor”—a scheme being advanced by Baku calling for a land corridor connecting mainland Azerbaijan with Nakhichevan through Armenia. Erdogan also repeated these preconditions.

Official Yerevan, which has touted the normalization talks “without preconditions,” has yet to comment on Ankara’s clear set of preconditions. Armenian officials, however, have expressed concerns with Ankara’s insistence to coordinate normalization effort with Azerbaijan.

“The process of normalization of relations with Armenia continues. The fifth meeting with Armenia will take place in September in Kars. A representative of the Ministry of Foreign Affairs [of Turkey] stated that the process is fragile, it is necessary to achieve a solid peace,” Turkish media reported on Thursday.

One media outlet reported that Turkey is opposed to having the normalization talks in a third country, with the anonymous source reportedly saying: “It is not a meeting of enemies, it should not be held in a third country.”

Armenia’s foreign ministry spokesperson Vahan Hunanyan said there was not a meeting scheduled between the Turkish and Armenian envoys.

“As of this moment there is no agreement regarding a meeting. We are informing the public about the meetings of the special representatives of the Armenia-Turkey normalization process ahead of time, in proper timeframes,” Hunanyan said.