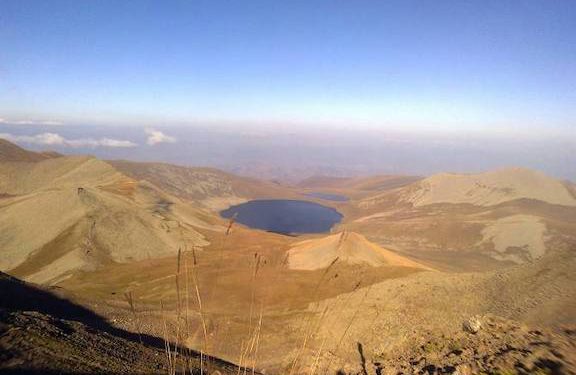 Armenia’s Defense Ministry on Saturday issued a vague response to inquires about the presence of Turkish special forces near the Sev Lidj (Black Lake) region of Syunik Province, where Azerbaijani forces, after breaching Armenia’s border, have advance their positions.

In a statement, the defense ministry tacitly acknowledged the presence of Turkish forces, but clarified that they are on the Azerbaijani side of the border, which until November was the Mekhakavan (Jebrail) region of Artsakh that was surrendered to Baku as a result of the November 9 agreement signed by Prime Minister Nikol Pashinyan and the presidents of Russia and Azerbaijan.

“The clearest evidence of this was the war unleashed by Azerbaijan against Artsakh, in which the Turkish armed forces were directly involved. The presence of Turkish troops in the units of the Azerbaijani Armed Forces has long been a fact, confirmed, including by the Ministry of Defense of the Republic of Armenia,” the statement said.

“From this point of view, the accusations that the Armenian Ministry of Defense is hiding facts related to the presence of Turkish troops in the Azerbaijani Armed Forces are simply baseless. As for the photo of the soldier with the Turkish emblem, it was taken in the non-Armenian part of the Armenian-Azerbaijani border, the movement of the military was controlled by the Armenia’s Armed Forces, and there is no question of ‘deployment of a Turkish army unit’ in the area,” the Defense Ministry stated.