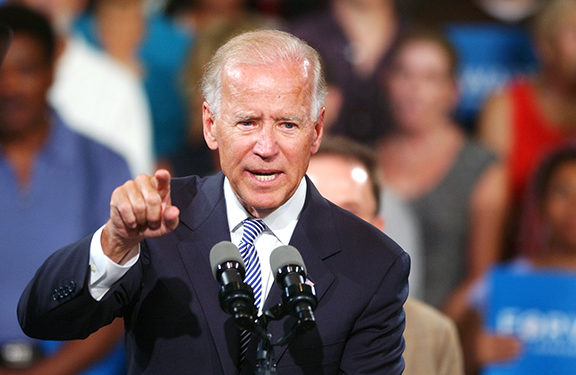 President Joe Biden on Sunday issued a statement marking the 107th anniversary of the Armenian Genocide. He said the “American people honor all Armenians who perished in the Genocide.”

Below is the text of Biden’s statement.

On April 24, 1915, Ottoman authorities arrested Armenian intellectuals and community leaders in Constantinople. Thus began the Armenian genocide—one of the worst mass atrocities of the 20th century. Today, we remember the one and a half million Armenians who were deported, massacred, or marched to their deaths in a campaign of extermination, and mourn the tragic loss of so many lives.

As we reflect on the Armenian genocide, we renew our pledge to remain vigilant against the corrosive influence of hate in all its forms. We recommit ourselves to speaking out and stopping atrocities that leave lasting scars on the world. And, as we mourn what was lost during the Meds Yeghern, let us redouble our efforts toward healing and building the better, more peaceful world that we wish for our children. A world where human rights are respected, where the evils of bigotry and intolerance do not mark our daily lives, and where people everywhere are free to pursue their lives in dignity and security.

This is also a moment to reflect on the strength and resiliency of the Armenian people. After enduring a genocide, the Armenian people were determined to rebuild their community and their culture, so often in new homes and new lands, including the United States. Armenian Americans are a vital part of the fabric of the United States. They make our nation stronger and more dynamic, even as they continue to carry with them the tragic knowledge of what their ancestors endured. We recognize their pain and honor their story.

Today, 107 years later, the American people continue to honor all Armenians who perished in the genocide.

The U.S. Ambassador to Armenia Lynne Tracy visited the Dzidzernagapert memorial on April 24 to pay tribute to the memory of the victims of the Armenian Genocide.

Speaking to reporters at the memorial, the Ambassador emphasized that she was there to honor the 1,5 million Armenians who were killed in the Armenian Genocide and to express support to the Armenian people.

She said that US President Joe Biden and his administration are determined to promote universal respect for human rights all over the world, and that is with the aim to “avoid seeing any repetition of the Armenian Genocide.”

“And we do see the statement of recognition of the Genocide as extremely powerful, we certainly hope that others will continue joining us in that recognition,” she ambassador said, referring to President Biden’s recognition.

“And what is so important about statements, and continuing to make these statements is that we understand that what happened in 1915 is a historical fact and historical facts should be acknowledged and recognized and have power through that recognition,” the ambassador added when asked what the international community should do other than adopting resolutions and making calls given that Turkey continues to deny the Armenian Genocide.

She also spoke about the United States’ support for a peaceful resolution of the Nagorno Karabakh conflict as a Co-Chair of the OSCE Minsk Group and “as a friend and partner of Armenia.”

“We are committed to seeking and supporting a peaceful resolution of the Nagorno Karabakh conflict as a Co-Chair of the Minsk Group as well as our capacity as the United States and a friend and partner of Armenia. And I would just point to the last few months, when Secretary Blinken has had multiple phone calls with leaders in the region as we have urged de-escalation of the situation around Nagorno Karabakh and have encouraged the leaders to be in contact and to seek a peaceful negotiation. And I think you remember that on March 25th we expressed our deep concern about irresponsible troop movements of Azerbaijan and of the need to avoid escalatory measures. And we encourage parties to avoid hostile and threatening language which doesn’t serve the interest of peace,” Tracy said.