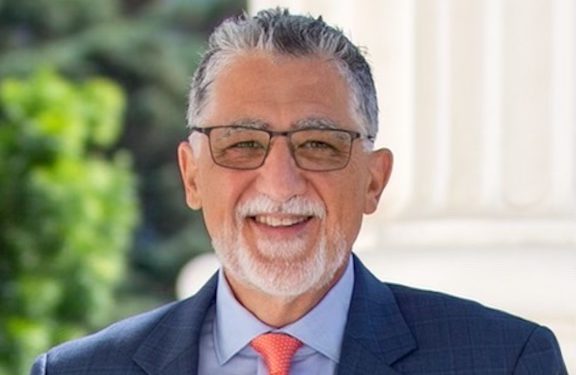 SACRAMENTO–Senator Anthony J. Portantino (D – Burbank) led efforts this week to submit a letter to the White House urging President Biden to take action against Azerbaijan by immediately ending military assistance and requesting that emergency humanitarian aid be delivered to the people of Artsakh who have been devastated by Azerbaijan’s blockade since December 12, 2022.

“The 25th Senate District his home to a vibrant Armenian American community deeply troubled by events threatening the well-being of family and friends in Artsakh.  I am pleased to work with the ANCA Western Region to lead efforts calling on the White House to take immediate action on the unfolding humanitarian crisis in Artsakh,” stated Senator Portantino.

“It is critical that we move beyond words and take meaningful action to put an end to the inhumane blockade and demand the re-opening of the Lachin Corridor. I strongly condemn Azerbaijan’s violent campaign against the Armenian people of Artsakh, who were recently subjected to war and now have been left without food, medical supplies and the right to free movement,” Portantino added/

In a letter to President Biden, Senator Portantino and his colleagues highlighted that “since the unprovoked military attack by Azerbaijan in 2020 against the indigenous Armenian people of Artsakh, no direct U.S. humanitarian assistance has been provided to the Armenian population.” The letter calls on President Biden, Secretary of State Anthony Blinken, NSC Chair Jake Sullivan, and USAID Administrator Samantha Power, to take concrete against Azerbaijan and bring immediate humanitarian relief to the people of Artsakh.

“We are grateful for Senator Portantino taking the lead to send a letter on behalf of California State legislators to President Biden. We must continue to make our voices heard to urge the White House to take immediate tangible steps to address the humanitarian crisis, end Azerbaijan’s inhumane blockade of Artsakh, and hold the Aliyev regime accountable,” said Nora Hovsepian, Esq., Chair of the Armenian National Committee of America-Western Region. “The support of our elected representatives at every level of government is invaluable toward achieving this goal.”