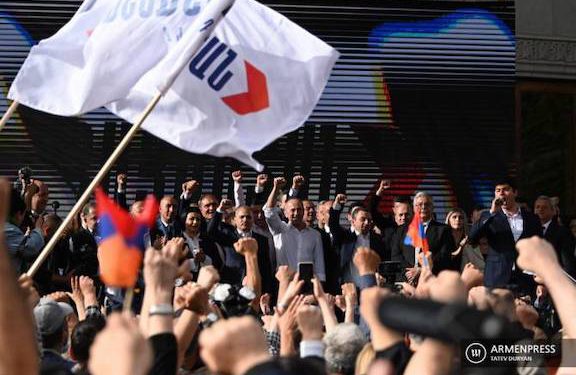 The final deadline for political parties and alliances to submit their roster of candidates vying for office ended Wednesday, with the “Armenia Alliance,” which is headed by Armenia’s former president Robert Kocharian and includes the Armenian Revolutionary Federation, presenting its slate to Armenia’s Central Electoral Commission.

According to the election body, 23 political parties and four alliances will be taking part in the snap parliamentary elections, which are slated to take place on June 20.

“Armenia Alliance” representatives Aram Vardevanyan and Robert Hayrapetyan personally filed the necessary paperwork with the Central Electoral Commission on Wednesday. Vardevanyan later told reporters that there are 153 candidates on the alliance’s slate.

Pashinyan Criticizes CSTO, Which Says it Has ‘Taken Note’ of Armenia’s Appeal