L.A. County Board of Supervisors Calls for End of Artsakh Blockade 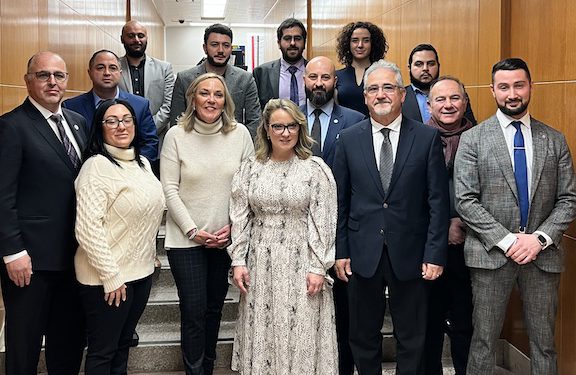 The Los Angeles County Board of Supervisors on Tuesday unanimously voted to call on President Biden and Congressman Adam Schiff to end Armenian suffering due to the Azerbaijani blockade of the Lachin Corridor – a nearly four mile road that is the only land connection between Armenia and the Armenian Nagorno-Karabakh region in Azerbaijan.

The blockade, in effect since December 12, 2022, has cut off 120,000 Armenians from food, medicine, and other essential supplies.

“This is a humanitarian crisis that impacts our County, which is home to the largest concentration of Armenian-American constituents in the U.S.,” said Supervisor Kathryn Barger. “Many have family members who are suffering from hunger, lacking medical care, enduring electricity and gas shut-offs, and feeling increasingly isolated. We can’t stand by with our arms crossed, especially when the suffering has a local impact.”

“In the face of a destabilizing and destructive blockade, I am proud to join the call to end the suffering that it is causing,” said Supervisor Lindsey P. Horvath. “We cannot continue to tolerate the ongoing human rights abuses in Armenia and Artsakh. Food, medicine, and electricity ought to be treated as basic human rights. It is our duty to speak up and stand with our Armenian-American community and all of those abroad.”

Numerous prominent community leaders testified in person during the Board of Supervisors meeting today, expressing their support of the motion before the Board took its vote.

“At this time of constant existential threats to the Armenian People by the government of Azerbaijan, and especially as 120,000 innocent Armenian civilians are landlocked with no access to the outside world due to Azerbaijan’s cruel and inhumane blockade of the sole road in and out of Artsakh, we are truly grateful to Supervisors Barger and Horvath for taking the lead for the Los Angeles County Board of Supervisors to express its solidarity with our community and to call on President Biden to take tangible steps to immediately end the blockade and hold Azerbaijan accountable for its illegal actions,” said Nora Hovsepian, Esq., Chair of the Armenian National Committee of America-Western Region.

“We welcome the motion by Supervisors Barger and Horvath,” said Arthur Kokozian, Los Angeles Council Regional Committee Member of the Armenian Assembly of America. “We greatly appreciate the ongoing support of the Los Angeles County Board of Supervisors in the face of Azerbaijan’s continued blockade of Artsakh and the ensuing humanitarian crisis as a result.”

“This is an SOS call to the world by the 120,000 Armenians living in the Republic of Artsakh,” said Dr. Raffi Balian of the Armenian Rights Council of America. “The international community needs to respond. The United States of America has to be instrumental in helping end this humanitarian crisis and prevent a genocide from becoming a reality. We need to save Artsakh. Now!”